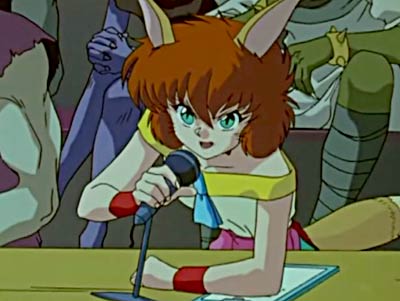 Welcome back to another installment of “Last Week in Geekdom” where I comb the internet for all the news you need to know so you don’t have to. Sorry about the lack of posts lately. I got some bad news this week both work related and personal so I’ve been trying to relax and do some other things to take care of myself. Things might be a little slow with the holidays coming up, but I’ll try and get one or two reviews up next week if I can. Anyways, in terms of highlights for the week: Kyoto Animation is preparing to tear down the studio damaged by arson very soon; a new manga subscription service has just launched; and Alan Moore’s getting a lot of flack on the internet again. Be sure to check out the articles and videos below, and as always, have a great rest of your Sunday. END_OF_DOCUMENT_TOKEN_TO_BE_REPLACED 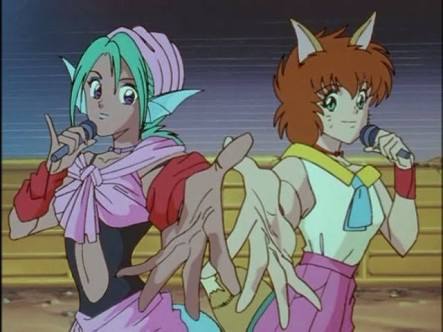 Welcome back to another installment of “Last Week in Geekdom” where I comb the internet for all the news you need to know so you don’t have to. Sorry about the lack of posts lately. I took a day drip last weekend and now the new Pokemon game has sucked up some of my time. Posts will continue though, just not on a regular schedule, and will probably slow a bit around the holidays due to travel and family obligations. Anyways, as for highlights for this week: the new Sandman TV series is confirmed as having two seasons; One Piece will be ending its manga run in five years; and Eisner award-winning comics journalist Tom Spurgeon has passed away. Be sure to check out the articles and videos below, and as always, have a great rest of your Sunday! END_OF_DOCUMENT_TOKEN_TO_BE_REPLACED 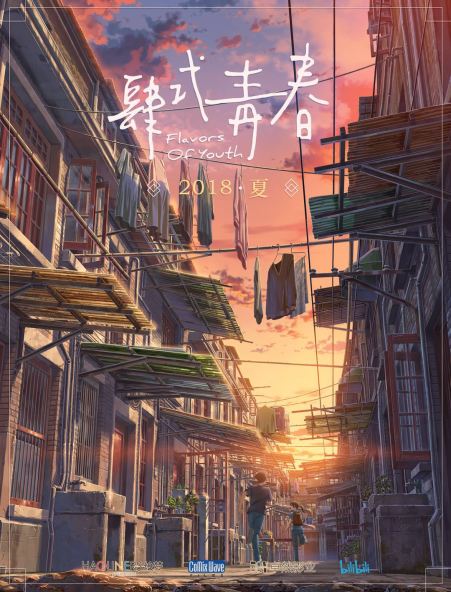 I have a new goal this year to watch a lot more animated movies, whether in theaters or online streaming. I think we’re definitely seeing a lot of great stories and animation coming out through full length movies. The only problem being that it can be very difficult to find a theater near you to watch them in and then it takes forever for them to come out on a streaming service like Netflix to watch. But I think with the efforts of more companies, we’re getting more screenings around the US for various animated movies. I’m not sure if Flavors of Youth ever made it to US theaters, but it did make it onto Netflix, and instantly became an addition onto my long list of things to watch. And while I don’t think it’s the best animated film I’ve ever seen, it definitely has its strengths and interesting moments to discuss.

Flavors of Youth is a three-part film that tells the stories of three separate groups of characters, all with their own histories and troubles. The stories all take place somewhere in China, from Beijing to some more rural areas. The first story follows a young man who looks back on his life and childhood in his hometown when he was able to get noodles with his grandmother or on his way to school. He narrates his memories from his younger years to the present, reminiscing about food, family, and the ever changing nature of his neighborhood. The second story follows the lives of two sisters, one a model and the other a fashion designer as the grow and adapt to their lives and careers. As one sister sees her career as a model being overshadowed by younger women, she begins to relearn the value the family. The last is a story of three friends and how their paths separate and converge as life moves forward. END_OF_DOCUMENT_TOKEN_TO_BE_REPLACED 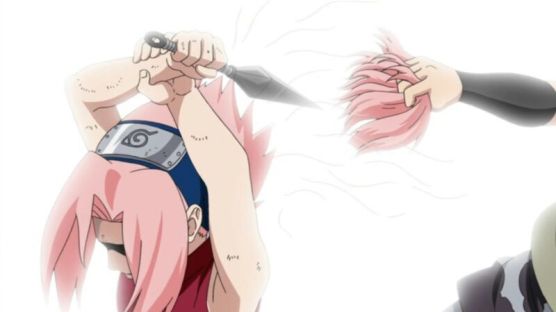 Much has been written about hair and the dramatic cutting of hair that appears in all forms of media, focusing on the symbolism behind the act for both men and women. We see it in a variety of films from Disney to Anime. It’s a universal concept for humans, our connection to our hair, as it is essentially a part of ourselves and our identity. Hair means a lot of things to different people, to different genders, and across different eras. But I think one thing is inherently universal in its symbolism: the act of cutting it is often seen as a significant event in a person’s emotional and psychological health and future.  END_OF_DOCUMENT_TOKEN_TO_BE_REPLACED