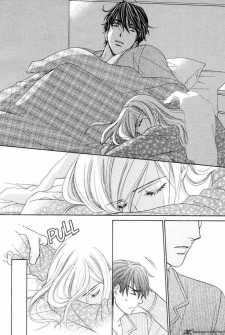 Volume three of Hapi Mari has a lot of great stuff going on, especially when it comes to looking deeper into Hokuto’s past and family troubles. I think the big theme that really ties this volume together is the family you choose can be a better family than the one you were born into. We see this contrast in the way Hokuto and Chiwa’s sense of family develops through meals and holiday interactions versus the hostility that is found at the Mamiya house during New Years. END_OF_DOCUMENT_TOKEN_TO_BE_REPLACED

This manga just continues to get me frustrated as we get further and further in. All the drama seems badly fabricated to the point that you’re just kind of groaning every time something happens. Volume three starts off with Yukako coming running back to the group shouting about Kousuke getting stabbed by the robbers and how he’s dying back there in the woods. Hotaru goes running after him, and we find out that he’s not in any mortal danger to the point where he delays getting help in order to talk to her about their relationship. The drama was basically inserted to bring a conclusion to the feud between Yukako and Hotaru by showing how dedicated Hotaru is to Kousuke. She is only able to convince Yukako of her love by showing how selfless she is and rushing into a dangerous situation where there may or may not be knife-wielding criminals. END_OF_DOCUMENT_TOKEN_TO_BE_REPLACED

When Shirayuki’s unique red hair gets noticed by the prince of her kingdom, she must flee for her safety to the neighboring land of Clarines. There she hopes to follow her dream of becoming an herbalist. On her way, she bumps into Zen, the second-prince of Clarines, who is captivated by her strong will and determination. With his support, she begins to set up a new life for herself in Clarines.

From the studio behind Ouran Highschool Host Club, this anime was picked up by Funimation in 2015 for simulcast in the US. It quickly became one of my favorite new animes of that year. I can definitely see the influence of Studio Bones in the fluidity and expressiveness of the animation. Not to mention that the characters are all pretty likable in their own ways without any obvious lack of characterization for secondary characters. The name of this anime may bring thoughts of Disney’s Snow White, but besides the use of a poisoned apple and her unique beauty, there really isn’t any correlation. END_OF_DOCUMENT_TOKEN_TO_BE_REPLACED 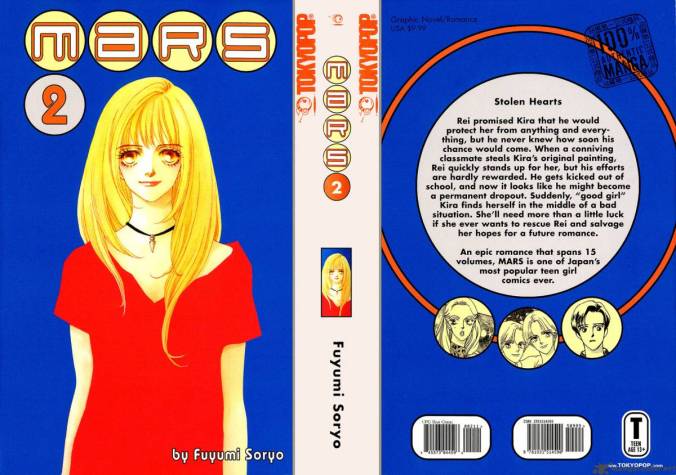 I think one of the things I like most about this series is the fact that each volume is its own complete thing. Even though it was serialized in the past, it feels like one continuous story rather than a collection of chapters. Sometimes when it comes to serialized manga, each chapter will have its own sub-plot that will be wrapped up within the course of the chapter, but with Mars, the story keeps flowing throughout the volume. You can still see where it cuts off for dramatic effect, but I don’t think I ever really felt any of them was a true stopping point or saw the common mark of serialization such as recaps. Because of this format, I think we get a more detailed look at the story, especially concerning the characters development and characterization. In this volume in particular, I think we get to see a much deeper and clearer look at the character of Rei, especially his past concerning both his father and brother as well as the contrasting view the characters around him hold versus his actual self. END_OF_DOCUMENT_TOKEN_TO_BE_REPLACED

Volume two of Hapi Mari gets a little deeper into the complicated emotions involved in marriage and self discovery. Mostly though, I think these four chapters focus mainly on the growing jealousy of both of them as their feelings for each other progress into love. We also get to see more background and characterization of Hokuto including a peak at the real reason he decided to marry Chiwa. However, what most interested me was the variety of contrasts in both characters and personalities in these chapters that bring more depth to the story overall. Unfortunately, it also means some hesitation on my part for how Hokuto’s character is starting to play out. END_OF_DOCUMENT_TOKEN_TO_BE_REPLACED

Returning back to Super Lovers, we take a look at the next two episodes in the series, numbers three and four. I think I was pleasantly surprised with these two episodes, though I did notice the same couple problems returning again, namely: jumps in time, overdone plot points, and certain large plot points popping up seemingly out of nowhere. However, there were a few things I enjoyed, but we’ll get to those in a little bit. END_OF_DOCUMENT_TOKEN_TO_BE_REPLACED

When this comic first came out in 2013, there was a flood of praise for it, citing the story as revolutionary in the way it depicted sex and relationships and hilarious in its hijinks. I picked it up later when the compiled volume came out, but surprisingly put it down after about three issues in. I can see where the praise is coming from and I do generally like how Matt Fraction and Chip Zdarsky display a lot of important issues from dealing with puberty, sex education, mental illness, and even rape, but it’s not the what that made me put this down, it’s the how. I’m not the hugest fan of how the story is told and Fraction’s form of comedy that is abundantly interspersed within.

Sex Criminals, for those that haven’t read it yet, is a comic about two people, Suzanne and Jon, who can stop time when they orgasm. Both of them discover this power through the confusing and awkward nature of puberty and come to meet each other by happenstance at a party. Realizing they can stop time together after having sex, Suzie and Jon decide to use their ability to rob banks in order to save the library that Suzie works at. But, they realize too late that they’re in way over their heads. To call this a caper story would be misleading, though its main plot involves robbing a bank. Sex Criminals’ main focus is relationships and sex, framed by the narrative of a bank robbery. Each issue begins and ends in the present, showing just a little more of the frame narrative to keep the suspense going as it lays on the heavy themes that have won it so much critical praise. END_OF_DOCUMENT_TOKEN_TO_BE_REPLACED 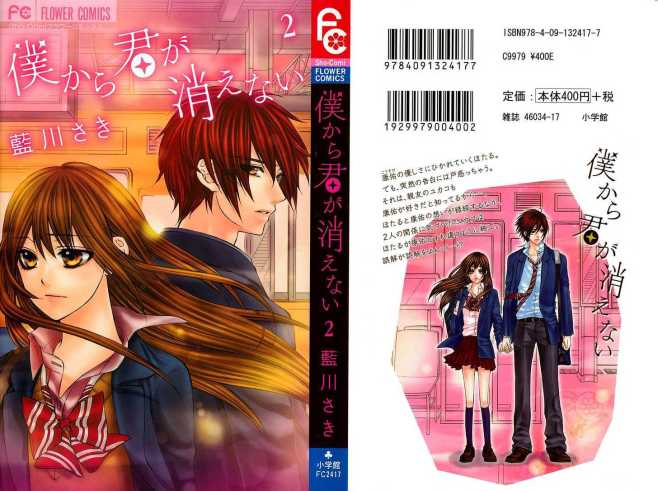 I went into volume two right after we see Yukako basically breaking off their friendship after she sees Kousuke in Hotaru’s room. I was honestly hoping this manga would get better as we moved away from the starting relationship troubles and basic background explanation, but unfortunately I’m not that lucky. Maybe I’m too far removed from the highschool scene now that this kind of drama is starting to not appeal to me, but that’s questionable. END_OF_DOCUMENT_TOKEN_TO_BE_REPLACED

Sitting at number two on my list of favorite romance mangas, is Mars, a story about modern star-crossed lovers, as the manga itself puts it. To make it onto my top list, a manga has to have depth in it’s characters, a varying story line that shows true progression, and an art style that adds something both to the characters and the tone of the manga. Mars does a great job at all of these, and it’s a shame that I only started reading this now after it went out of print.

Mars was written by Fuyumi Soryo and first published in Japan in 1996, but was brought over to the US in 2002 by Tokyopop. It is a story centered around two highschool students Kira and Rei who seem to be from different worlds, but are strangely drawn to each other after a random meeting at a park. Kira is a shy girl who has a phobia of men and can be seen drawing all the time. Rei is a rebellious motorcycle racer with no shortage of girls to talk to. After seeing one of Kira’s drawings, Rei becomes fascinated with her and does everything he can to force himself into her closed-off world. END_OF_DOCUMENT_TOKEN_TO_BE_REPLACED

Boku Kara Kimi ga Kienai (You Can’t Disappear from Me) is the story of a girl, Kanzaki Hotaro, who finally gets into the same highschool of the man of her dreams who happens to teach there. On her first day of school, however, she meets a boy who is mean to her and just so happens to look like Sensei. This boy is Haruna Kousuke and, surprise, he’s Sensei’s brother. The story unfolds as Hotaro tries her best to get close to Sensei while Kosuke tries his best to steal her attention and love away for himself. END_OF_DOCUMENT_TOKEN_TO_BE_REPLACED